Strategic Matters is known for planning, strategy, communication and outcomes that leave a legacy.

The future of libraries

In 2015 we project managed the Australian team on a trans-Tasman project consortium that reviewed Public Library Services in South Australia.
Through a combination of global trend research, a Visioning Conference, engaging in workshops across the state and utilising an on-line feedback platform we achieved a jointly owned vision for the future of the public library network across South Australia.
Importantly, the project achieved joint ownership from state and local government authorities and the public library sector. The outcome was the development of a collaboratively owned product: Tomorrow’s Libraries. 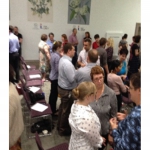 Our Mutual Agreement (OMA) was designed by Strategic Matters for the LGA of SA to create a governance framework for state and local Natural Resource Management (NRM).
This project emerged due to the changing platform of NRM in South Australia – including continued and growing disquiet around the lack of clarity for local government regarding role and responsibilities in the NRM sector. The OMA was piloted in the South East of South Australia.  The OMA framework is an intentionally concise overarching governance framework that can be easily read, interpreted and tailored to different regions.  The Action Plan template methodically assist regions to identify of where local councils and NRM Boards need to jointly advance a community issue. The project received a Planning Institute of Australia (PIA) award in 2010. 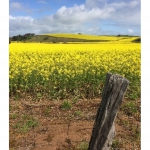 What happens when you overlay creative and authentic stakeholder engagement with an ambition for a carbon neutral city? In 2016 we found out. Strategic Matters lead a team, working with MDC to develop and deliver a programme of engagement activity to support the Carbon Neutral Adelaide Action Plan.
Through a planned, open and engaging program we reached 4,000 stakeholders over four weeks to stimulate discussion on what it means to go carbon neutral.  As a result of the intentional allied thinking we practised, this project paved the way for a straightforward transition to the development of the Carbon Neutral Action Plan and a subsequent series of  activities to build the momentum around going carbon neutral… 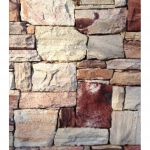 In 2017 Strategic Matters worked with 90 state government leaders over a period of  five months to engage in a deep dive of Adaptive Leadership.
The project built a shared view of the desired work culture. In addition, through action learning we created a platform for staff to explore and work together, try new things and be inspired to keep improving. The work resulted in increased staff confidence to make consistent and accountable decisions that will ultimately result in better leadership across the workforce. 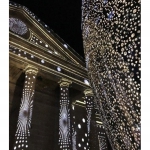 Working with council to effect change

In 2017 Strategic Matters worked with the City of Prospect to present to the whole staff on change management. The project occurred with the context of the high level of change being experienced by staff as the council repositions for its next strategic planning phase.

Our process focused on Technical and Adaptive changes, the physiological, psychological and emotional effects of change, and how change can be managed both at an organisational and individual level. 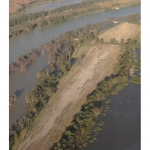 The importance of science is recognised by business, industry and government as being crucial in shaping the wellbeing of societies.
In 2017 Strategic Matters worked with Innovative Influences to review the University of South Australia’s science degree. The project culminated in a report of key findings and five areas for attention including marketing, interface with schools, partnerships with industry and degree structure. The project was framed around best practice including desirable 21st century educational skills, as identified by the World Economic Forum.

What unexpected and amazing outcomes and learnings can you get when you combine state government courage, community enthusiasm and two experienced engagement practitioners?
We set out to find out!
For a period of eight months during 2014 the Adelaide Mt Lofty Ranges Natural Resources Management Board engaged Sustainable Focus and Strategic Matters to work with representatives of their 1 million plus community through a Co-Designed engagement process.  The project lead communities through co-design and visioning for the Adelaide Mount Lofty Ranges NRM Board. It resulted in Community Connect report. 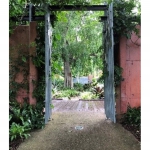 In 2015 Strategic Matters teamed with Rodin Genoff to develop a Circular Economy Future’s Positioning Report for the Wakefield Regional Council.
Our findings revealed that the region’s world class capabilities in waste management, food processing and renewable energies are poised for expansion. The combination of the Regional Council of Wakefield’s proximity to Adelaide, intermodal transport hub linking national and international market opportunities, ‘clean and green’ reputation and climatic conditions (reliable rainfall for agriculture, largely natural disaster proof) make it an ideal region to drive innovation and regeneration in the agribusiness heartland of South Australia. 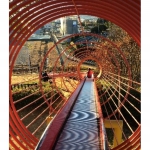 Strategic Matters has worked with Volunteering SA & NT to develop two of their Strategic Plans. Both plans were underpinned with strong engagement with industry partners, peak bodies and members’ input. The results have assisted the organisation to redefine itself as the peak body for volunteering and move into the future with confidence. 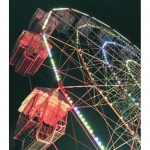 We are strategists, facilitators, project managers, trainers, policy developers and critical thinkers.
Sustainability is at the core of what we do.